Böwig’s project proposal is the story of Bonthe Island, a small island off the southeast corner of Sierra Leone, geographically sheltered and intact through most of the 11-year war. In late 1997, soldiers from the Revolutionary United Front crossed over to the island and massacred a village of 1,200 people in a killing spree that lasted from dawn to dusk. The sole survivor was a five-year-old boy named Morie. Böwig’s project tells the political, social and human story of Sierra Leone’s conflict as seen through Morie’s eyes. “The Forgotten Island” is part of an ongoing body of work entitled “Kurosafrica.” 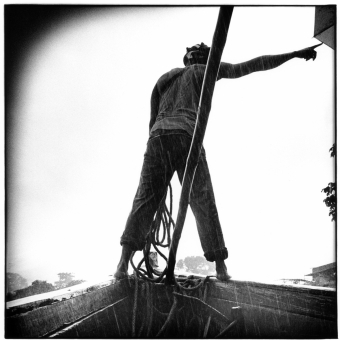 On the way to Bonthe Island where Morie was born. 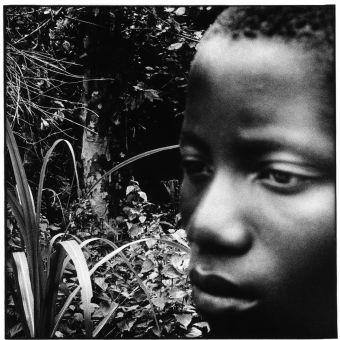 Morie in Bendu Malen: Here I found my father ten years ago... 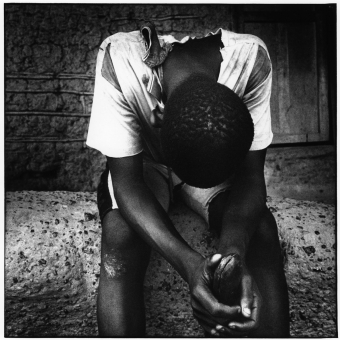 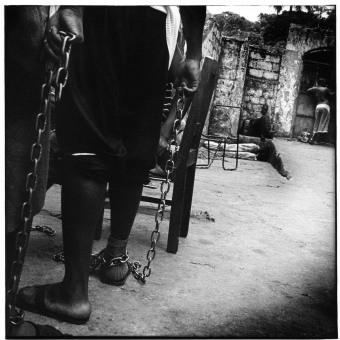 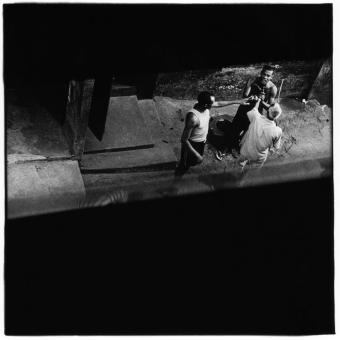 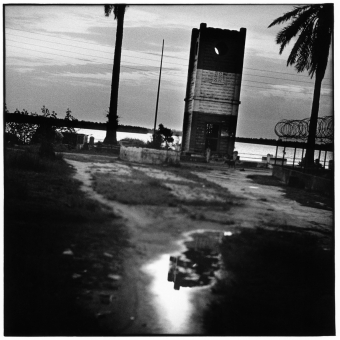 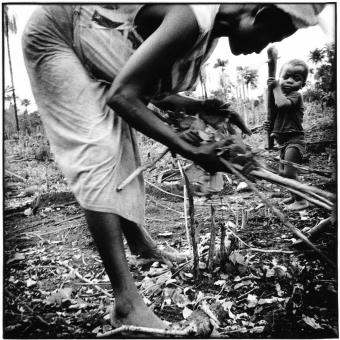 Morie's stepmother and her youngest child in the kasava fields. 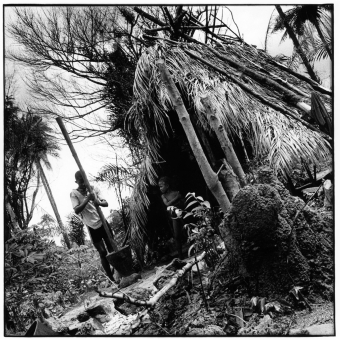 Morie in the kasava fields 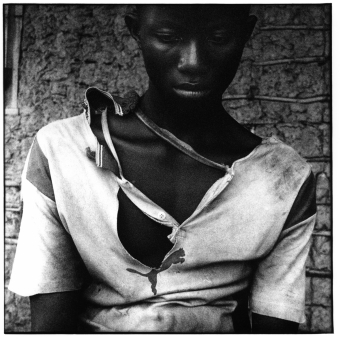 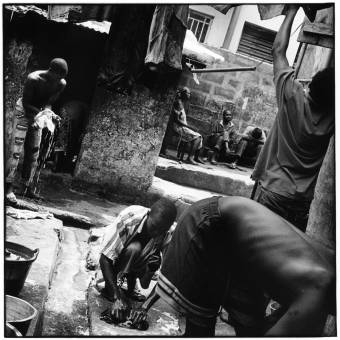 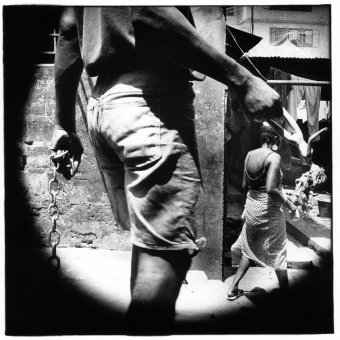 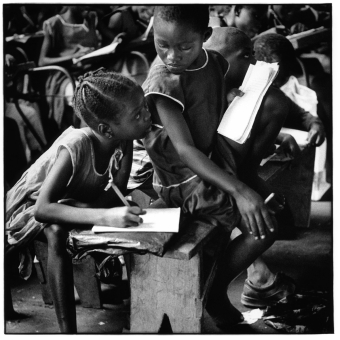 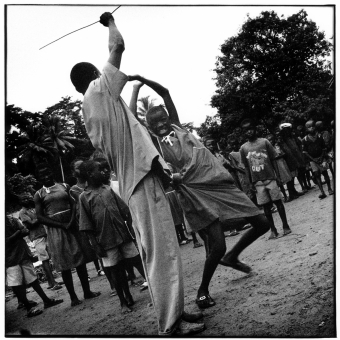 A girl is beaten because she arrived late at school 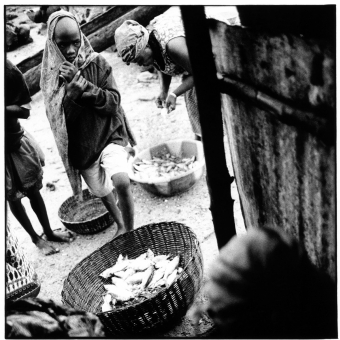 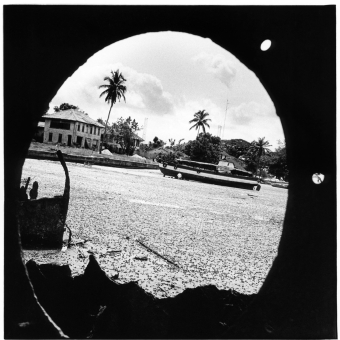 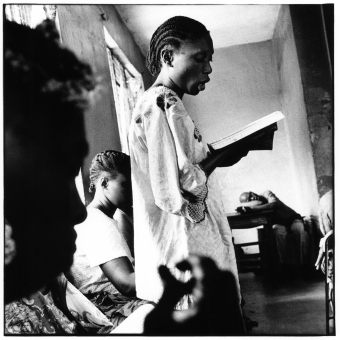 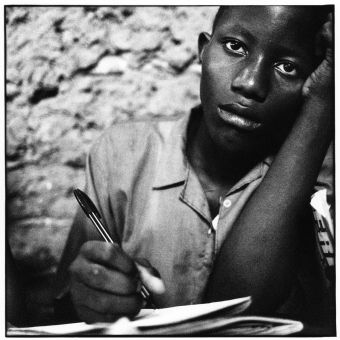 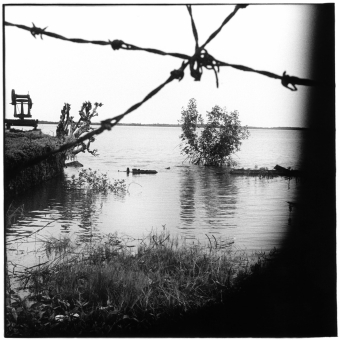 A day of massacre.
Over a thousand victims.
A single survivor, spared by cruelty.

In the insanity of killing, the ultimate refinement of horror can be to refrain from killing. Morie was the victim of such an act of cruelty. His entire village was killed to the last man, and he, he alone, was left alive. "They showed me the dead people and made me chief of the village, threatening to kill me if I ever crossed their path again." Morie’s mother, before the attack, had put her little prince to sleep. In mid-slaughter, gunshots woke the boy to the nightmare of living. "When the rebels found me inside the house, they grabbed my hand and took me to the village, till I identified my father." There lay his father, in the middle of the apocalypse, still identifiable, "with his belly open and his throat cut."

Morie was five the day they interrupted his life. Today, "ten, almost eleven," according to the uncle who teaches him the Koran in a modest madrassa in Pujehun, in the southern part of Sierra Leone. Maybe he’s still only ten, maybe he’s already twelve. Morie was born somewhere, in 1992 or 1993, and the attack on Bendu Malen, his village, in a remote part of that remote district, occurred in 1997. A five-year-old child doesn’t know how long ago it was or how long it lasted; he remembers only that the Bendu Malen massacre took place, he says, "at the beginning of the rains."

The facts as known: a group of kamajors, Civil Defense units (CDF), expelled from Bendu Malen rebels of the United Revolutionary Front (RUF). The next day, the rebels, bypassing the kamajors, returned and surrounded the village. Vengeance followed. Between morning and evening, the rebels methodically decimated the population. Perhaps as many as twelve hundred victims, according to the Truth and Reconciliation Commission (TRC) that visited the location last month. To date, no one has been accused of the massacre. One version points to the responsibility of soldiers from the sla, the regular Leonese army, which at different times and in different regions was allied with RUF rebels.

A reportage photographer working internationally, Böwig has documented some of the world’s most catastrophic and poignant stories in recent history.

Böwig’s photos reflect the moments before and after, the dignity between the traumas.

He has been widely published and recognized with awards through NEA, Leica and Care International, among others.