A work-in-progress about the unprecedented wave of emigration by Central Americans to the US, triggered in the 1980s by bloody civil wars in the region. The judges were impressed with Frankfurter’s journey with these migrants in dangerous conditions on freight trains – and again, by the strength of her images. 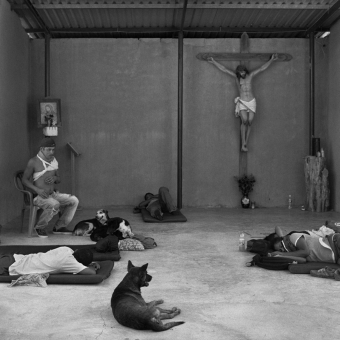 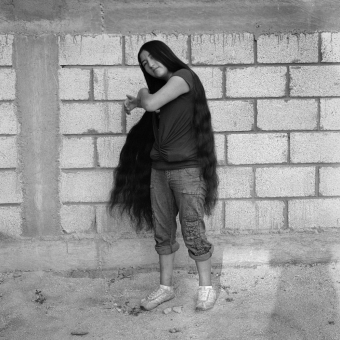 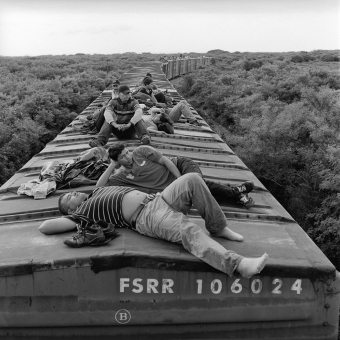 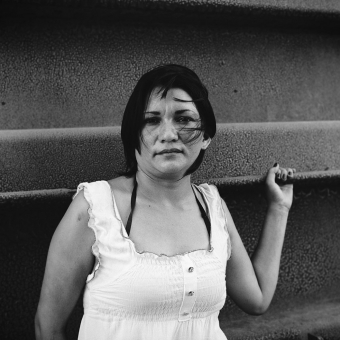 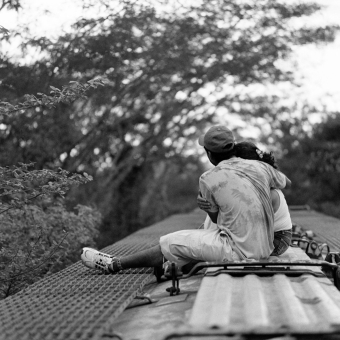 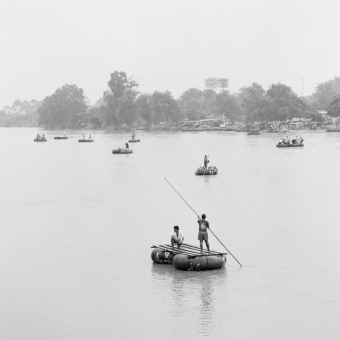 Rafts made of tractor tire inner tubes lashed together ferry contraband goods and undocumented migrants across the Suchiate river along the Guatemala - Mexico border. Ciudad Hidalgo 2009 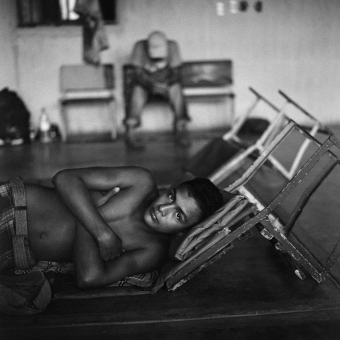 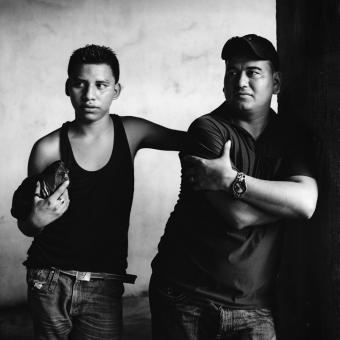 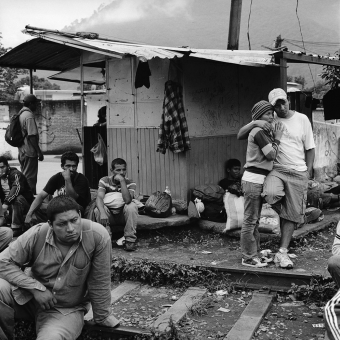 Central American migrants wait for a northbound train by the tracks in the city of Orizaba in the Mexican state of Veracruz. There is no migrant shelter in Orizaba and migrants wait out in the open, often for days to catch moving freight trains. 2010 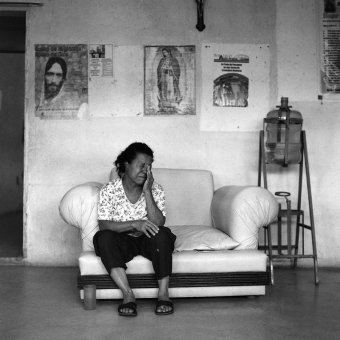 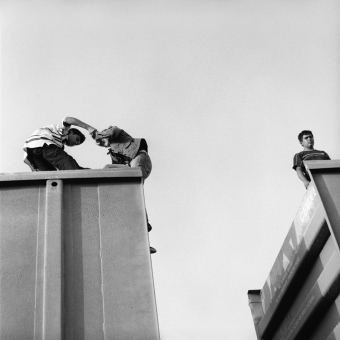 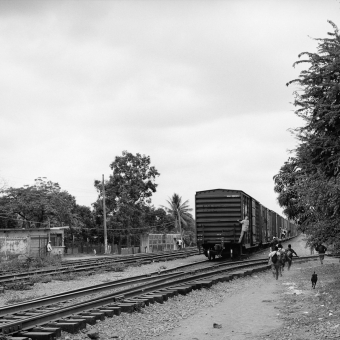 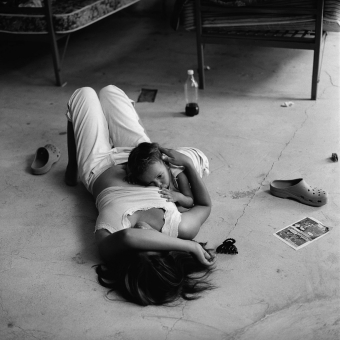 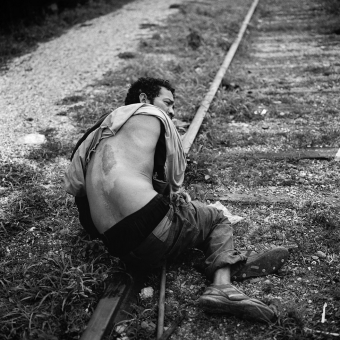 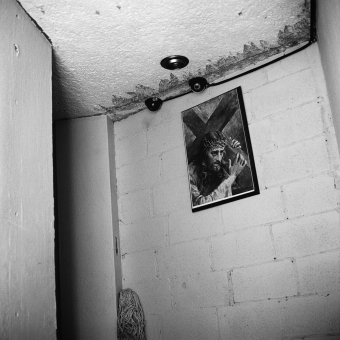 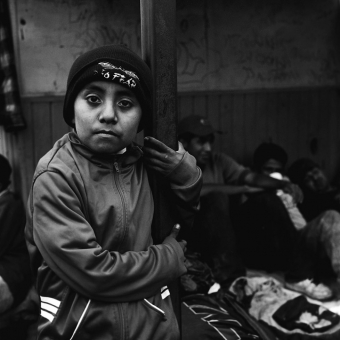 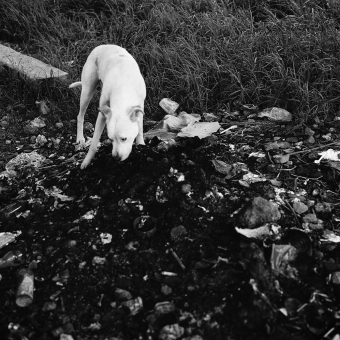 A dog picks through the remains of a cooking fire used by migrants near the railroad tracks in an industrial neighborhood of Mexico City known as Lecheria. 2010 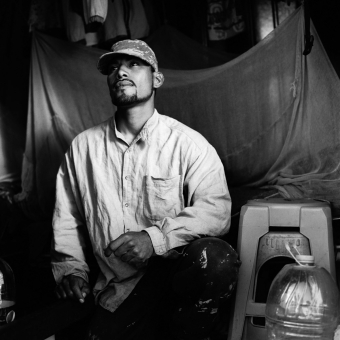 Salvadoran migrant who finds sporadic work as a day laborer. He lives with his wife and two sons in a tool shed in the compound of the Hermanos en El Camino migrant shelter in Ixtepec, Oaxaca 2011 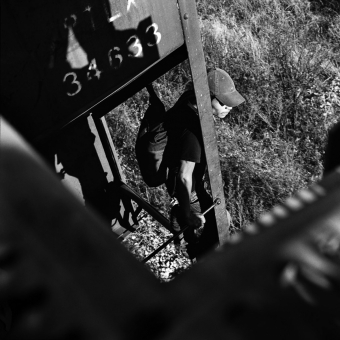 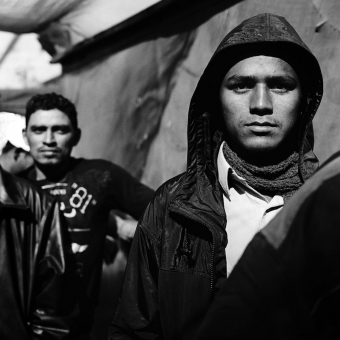 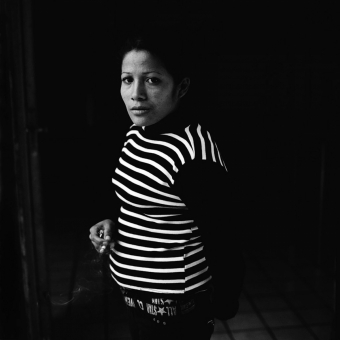 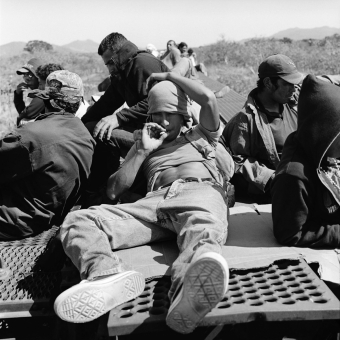 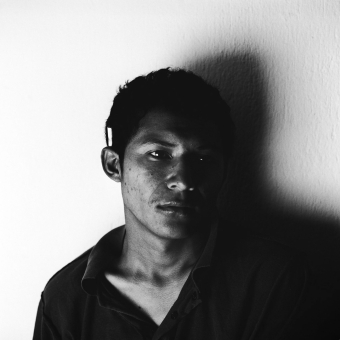 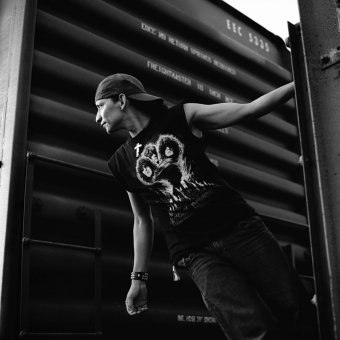 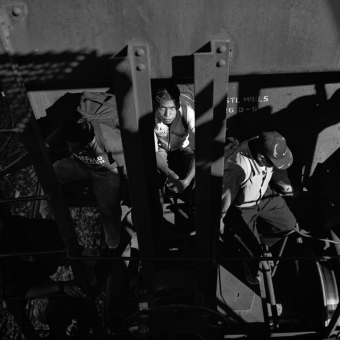 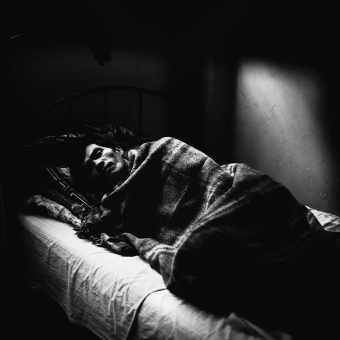 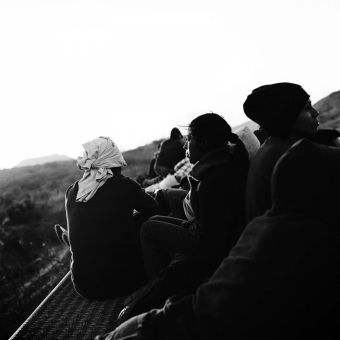 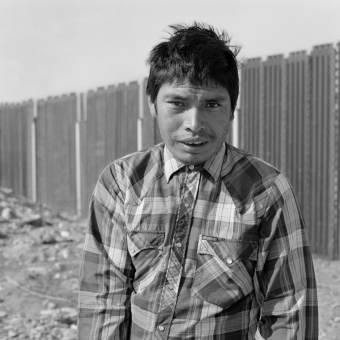 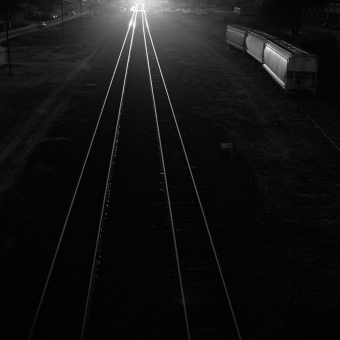 Unlike Mexican migration to the United States that dates back to the 1880’s, the unprecedented wave of Central American migration began a full century later, the consequence of bloody civil wars, U.S. Cold War-era intervention in the region and crippling international trade policies. Those regional conflicts left a legacy of drug and gang related violence, a high incidence of domestic abuse, and unrelenting poverty. In 2009, Honduran president, Manuel Zelaya was ousted during a military coup and forced into exile, an event that precipitated an even greater exodus of Hondurans. Destino, meaning both “destination” and “destiny” in Spanish portrays the perilous journey of undocumented Central American migrants as they attempt to escape a region devastated by decades of conflict and economic hardship. In a wandering odyssey, migrants travel by rail, along the network of freight trains lurching inexorably across Mexico towards the hope of finding work in the United States. Despite an economic recession, growing anti-immigrant sentiment, and harsh legislation in the United States, Central American migration continues.

In the late 1980’s, I worked with the human rights organization, Witness For Peace in Nicaragua collecting eyewitness testimony from survivors of contra attacks. Afterwards, I stayed on as a stringer for Reuters. In 1990, after more than ten years of war and sustained political pressure by the United States, the Sandinistas lost the elections to the UNO coalition headed by Violeta Chamorro. For much of that year, I photographed the elections, the transition of power, and a seemingly endless procession of contra demobilization ceremonies staged in small villages and towns all over the country. Long after the fighting stopped and the symbolic photo ops ceased, the aftermath of that conflict lingers. Two decades later, I am exploring one story of the generation displaced by the conflicts that fragmented Central American societies. My project describes the journey of a generation of exiles across a landscape that is becoming increasingly dangerous, heading towards a precarious future as an option of last resorts.

In Mexico, where racism towards Central Americans is prevalent, undocumented migrants are vulnerable to a multitude of dangers that have escalated dramatically in recent years: the police who routinely rob and beat them, corrupt immigration officials who detain and deport them, and bandits and gang members who prey upon them along the train route. Many have been injured or killed falling off moving trains. Heightened security along the nearly three thousand-mile stretch of U.S. border has made the crossing more dangerous than ever, as smugglers lead migrants through increasingly isolated terrain in order to avoid detection. Los Zetas, a renegade battalion of a Mexican military unit initially deployed to combat drug trafficking has established a kidnapping ring targeting Central American migrants, extorting ransoms of approximately $1000 from their family members. In August 2010, Zetas kidnapped and murdered seventy-two migrants near the town of San Fernando about 100 miles south of Brownsville, Texas, after they were unable or unwilling to meet the ransom demands of their captors. Such human rights abuses are routinely committed with impunity. Increasingly, Central American migrants are caught in the crosshairs of Mexican president Felipe Calderon’s U.S.- backed war against the drug cartels that has claimed more than 40,000 lives since it began in 2006. From these many adversities, migrants find respite in a loose system of shelters run by Catholic priests and through the benevolence of sympathetic Mexicans in the towns and villages along the way.

Migration as an issue is current and relevant; the story of migration is timeless and enduring. I grew up on the adventure tales of Jack London and Mark Twain, and then later on Cormac McCarthy’s border stories. There is no storyline more compelling to me than one involving a youthful odyssey across a hostile wilderness. In documenting a journey both concrete and figurative, I adhere to a classic storyline. My project is an allegorical narrative composed of intimate portraits and nuanced documentary scenes intended to convey the experience of individuals who struggle to control their own destiny when confronted by extreme circumstances, much like the anti-hero protagonists of the adventure tales I grew up reading. With a singularity of purpose and a kind of brazen resilience, migrants traverse deadly terrain in this epic journey, relying mostly on their wits and the occasional kindness of strangers.

With this narrative approach, I hope to generate empathy for a group that has been vilified by conservative U.S. media and political pundits. Lacking representation, undocumented immigrants make convenient scapegoats during a period of economic uncertainty. By creating images that evoke more than they literally illustrate, I humanize the individuals behind the polarizing debate in order to direct attention to the underlying root causes behind this migration. My ultimate goal is to publish the work as a photographic book with accompanying fictionalized vignettes based on the many stories I have recorded over the past several years.

Funding from the Aftermath Project would allow me to complete the project, which has been entirely self-funded and is now entering its fourth year. While I have photographed much of the migrant journey, cost-prohibitive logistics have made it difficult to work along Mexico’s extreme southern and northern borders. Being fluent in Spanish, I have thus far been able to work alone, without having to rely on fixers or translators. However, warring drug cartels control the heavily militarized northern border, which makes it especially dangerous. Part of the budget would go towards hiring a knowledgeable fixer. I’ve been traveling by bus to cities and towns along the migrant route. In northern Mexico, the cities are larger and more spread out. The cargo trains used by migrants often don’t stop in or near the larger northern cities. Migrants must trek to remote areas in order to hop trains as they slow to round curves. Funding would help pay for car rental in order to be able to travel to remote locations not accessible by bus. Funding would also cover the cost of film and processing, food and lodging, and miscellaneous travel expenses.

I plan on completing the project in 2012, in two trips totaling approximately six to eight weeks. In early February, I would travel to locations along Mexico’s southern border to document the two main points of entry used by undocumented migrants – one in Tenosique in the southern state of Tabasco and the other along the Rio Suchiate between Tecún Umán and Ciudad Hidalgo in Chiapas. Next, I would travel to locations along the northern border. Nuevo Laredo in the northern state of Tamaulipas is a major hub for human trafficking. I am interested in photographing migrants crossing the Rio Bravo as part of the last leg of the journey. Nogales in the state of Sonora is another crossing point that I would like to photograph. The desert crossing is thematically relevant, alluding to the biblical connotations of the epic journey.

Born in Jerusalem, Michelle is a documentary photogrpaher from Takoma Park, MD. Before settling in the Washington, DC area, Frankfurter spent three years living in Nicaragua where she worked as a stringer for the British news agency, Reuters and with the human rights organization Witness For Peace, documenting the effects of the contra war on civilians. She has been featured in juried exhibitions at The Washington Project for the Arts, the Arlington Arts Center, and the Photo Place Galler in Middlebury, Vermont. She was recently accepted to Photo Eye, Photographer’s Showcase.